After reading this blog post I found on Pinterest from Diary of a Fit Mommy. I decided I was going to try this, I have tried it now 4 times. Finally this time there have been some results.

It took my oldest until he was 3 also. We battled with it, he has ADHD and has trouble focusing, so I have a feeling that this time around it will be way easier…boy was I wrong. It was exactly the same. What is it about little boys that makes them so afraid to go on the potty?

Day 1 went okay, we took the diaper off, naturally he peed in the shower instead of in the potty, and held it until we had to go to the store, it was unavoidable since we didn’t have any groceries in the house. So, of course he peed and I had to change him before we left. Though, earlier in the day, he was without a diaper and said, “Mom I have to poop!” And ran into the bathroom and went in the potty. That was awesome. He ended up having an accident on the floor and immediately wetting his bedtime diaper.

First thing in the morning Matty went in the potty. I took his diaper off and he played for a few minutes. Then he told me he had to go and ran to the bathroom. This was awesome. I had to work today in the afternoon, so Daddy was in charge. When I got home from my 2 hour shift, Matty had apparently pooped on the floor int he playroom, and they had a long talk about it. So the rest of the day dad put a diaper on him.

I forgot to take his diaper off right away because I was busy getting Nate’s lunch made. Though, halfway through the day he peed in the potty on his own. This day he peed a few times in the potty, he only had one accident. We let him wear pants because it snowed all night the day before. (I know right? Montana weather.)

He didn’t have any accidents, and still refuses to poop in the potty. Though he has been wearing a pull-up in case he poops, and has been taking it off to use the potty. This is such a big step. Now we’re just working on the pooping.

Matty went in the potty right away in the morning, though again, he is refusing to poop. Which is fine. He’s always been afraid of pooping after he had strep in his butt for an entire summer. That was a terrible time of screaming and crying when he sat down, or pooped. It was just awful. He was on so many different things to try to make it go away, but it kept coming back. So pooping has always been kind of rough territory for him.

My Thoughts On Potty Training

Basically there is no magic system that is guaranteed to work. There is no definite. Ultimately, it is up to the child to do this for themselves. You encourage and coax them. You cry with them, and you clean up their messes, meanwhile teaching them to clean up for themselves.

Potty training is one of the very most personal things that your child will go through, because there is no telling what it is they are thinking. No telling what it is that they think will happen if they just “go” like, mom and dad do. It is our job to be kind, soft, and gentle with them while they go through this first big transition in life. This sets the stage and shows them that we will be here for them whenever they need us. Especially in times of discomfort. 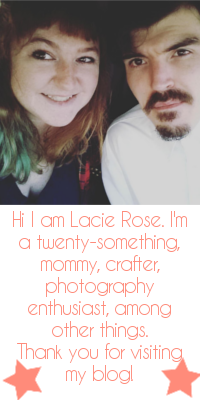